Step into the world of The Awakening, where every supernatural creature you ever heard of is not only real, they’re coming out of the closet and into the streets. (Note: this is a fully revised, significantly edited version of a previously published book titled MUTTS LIKE ME)

All I ever wanted for the holidays was to have my family together. Unfortunately, with my mother dead, my grandmother drunk most of the time, and my dad … well, who knew who he was, much less where he’d disappeared to. No brothers, sisters, or cousins that I knew of.

I just found out there’s a whole other world out there that I’m a part of, thanks to my dad.

Who it turns out is a freakin’ werewolf.

And still missing, by the way.

But now it seems I might be able to track him down – if I can just survive long enough to learn the truth about what happened to him, and somehow resist the pull of the silver-eyed fox who kidnapped me. 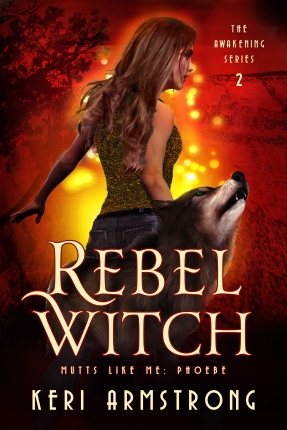 Becoming a powerful witch? Awesome. Being part of ancient, magical feud? Not so much.

You’d think life wouldn’t deal me any more crap hands after bringing me into this world with only one hand to begin with, and then letting me lose an eye, an ear and half the skin on my face to hot oil when I was just a toddler.

Nevertheless, I’ve got my sweet cousin Sara who is beautiful enough for both of us, a few good friends and now, it seems, I’ve also inherited an ancient family legacy that will change my world forever.

Who knew turning 21 would mean I could imbibe legally, develop some amazing powers, and finally meet a guy who’s crazy about me? Maybe a little too crazy….

Looks like I’m going to need those powers to escape all the trouble heading my way. 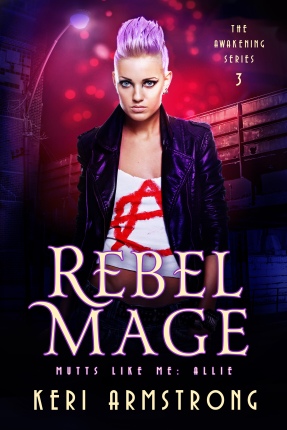 (Note: this is a fully revised, significantly edited version of a previously published book titled NIGHTINGALE)

Ever heard the phrase ‘can’t win for losing’?

I think they put that on my birth certificate, just under ‘father unknown’. And mother unknown, too, for that matter.

But there are a few things I do know:
One: I will never, ever return to my adoptive family willingly or alive.
Two: They would prefer it that way, even though they want me back.
Three: I have a secret so great that I will do anything – anything – to protect it.

But it turns out my friends have some pretty whopping secrets of their own, and we’ll have to trust one another and stick together if we’re going to make it out of this mess alive.